Today we spent a little over five hours on the road to the second largest city in the state of Rajasthan, Jodhpur. As always, there were lots of sights along the road. 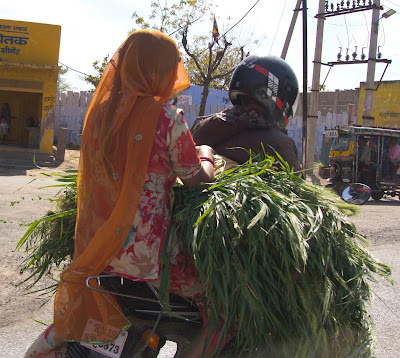 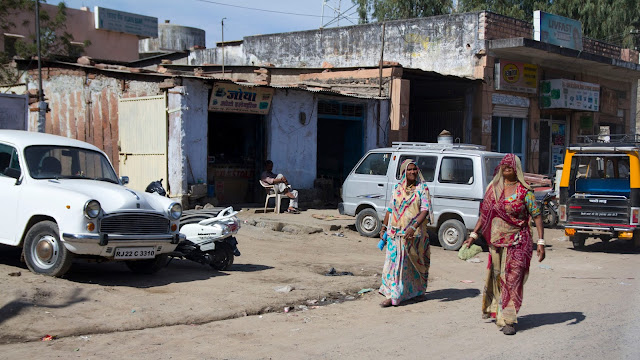 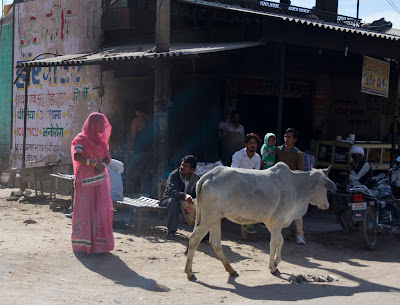 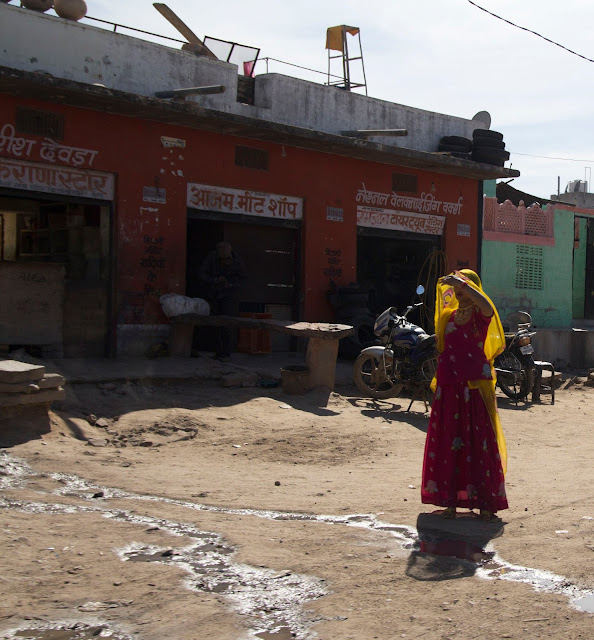 When we arrived at our hotel, we had a couple of hours to get settled in our room and then left to see Clock Tower and the Sardar Bazaar.  I looovveeed the bazaar, it reminded me of the souks in Morocco. So fun! My gosh though.. I have no idea how people stay out of the way of the mopeds and auto rickshaws zooming by, though. There’s so much honking, you don’t know if it’s at you or at something else. 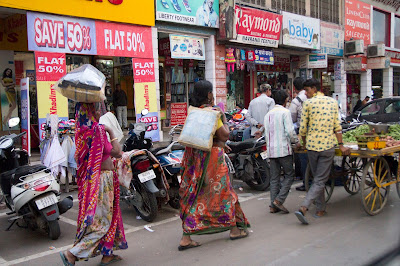 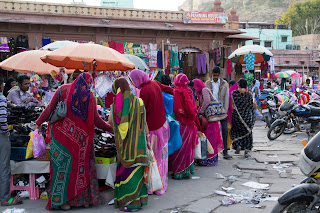 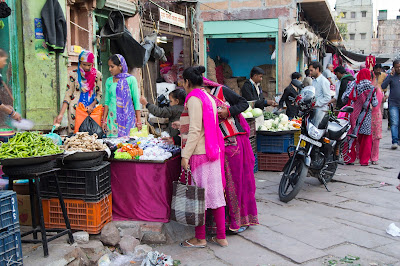 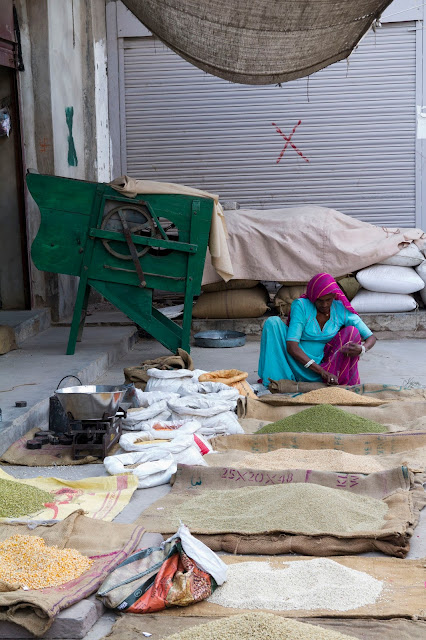 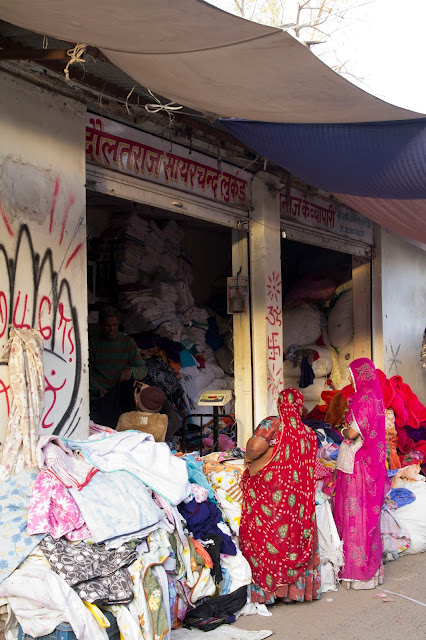 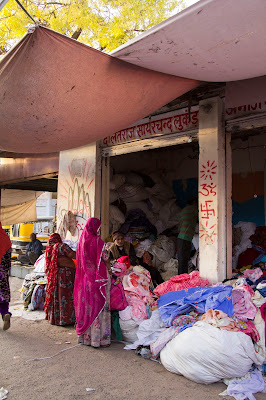 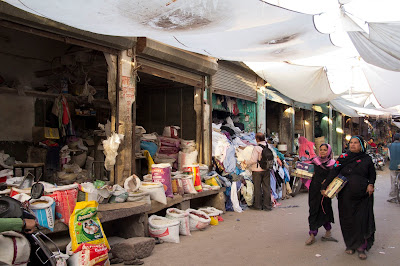 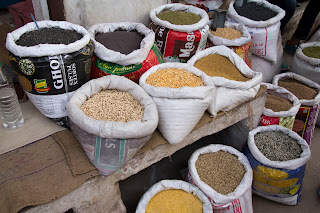 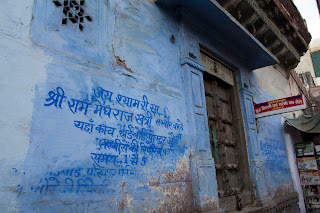 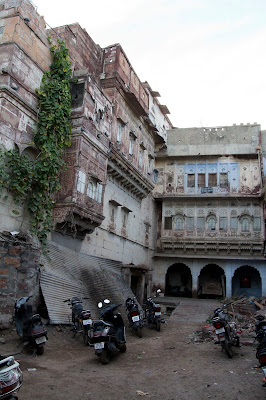 While we were walking around, we came across a temple and Hajar asked if we could go inside. It was really beautiful, the whole ceiling was painted with murals and people inside were singing.

A bit after that, our guide took us into Maharani Art Exporters, “a government recognized export house.” We’ve seen them cover the floor in rugs before, but man, they outdid themselves this time. The company makes quilt-like blankets for Anthropologie, blankets or scarves for Hermes, Miu-Miu, and blankets for Valentino’s house. We both ended up buying a few items to take home as gifts after some intense haggling on each of our parts.. I got a pink neon scarf.. of course. From there he took us to a spice store called Maharani Spices. We both purchased a few more items there. I bought garlic masala that smells AMAZING.

For dinner we went to Gypsy’s, another tahli place.

—————————
7th Feb: Day 05: Jaipur – Jodhpur (300KM)
After breakfast drive to Jodhpur – Arrive to the Blue City – Jodhpur and transfer to Hotel Park Plaza.
An oasis in the arid Thar Desert, Jodhpur is the second largest city in the state of Rajasthan. Representing this colourful city with shades of blue, Jodhpur has a history that is rich and a present that beckons strongly to the discerning tourist. Forts and palaces, temples and havelis, culture and tradition, spices and fabrics, colour and texture, Jodhpur has them all and in plenty. Situated in Western Rajasthan, Jodhpur has long attracted both the domestic and outside tourist. It not only offers tangibles, in terms of what you can see and buy but also fills one with a sense of history and the splendours of an era gone by. The hospitality of the locals, the demure women, and the colourful turbans -all set against the beloved desert (Marwar) is something to feel, not just see. Every pore of Jodhpur tells its own tales of heroic deeds that made legends out of kings and soldiers, romances that continue to warm the heart and a time when epics were lived out on the streets by everyday man.
Rest of the day is free for leisure.
Overnight at Jodhpur.