When we woke up, we packed our things and loaded back into the car to head to the Atlas Studios nearby.  The studios were built in the 80s and parts of many American films have been recorded there, including Gladiator, Alexander, The Bible, Passion of the Christ, and Game of Thrones.  It’s said to be the world’s largest film studio with the property reaching out into the nearby desert and mountains.

Once we finished our tour of the movie studios, we got back in the car and were driven to a booth-feeling store by the road that sold rose water.  I bought several bottles for my family for Christmas gifts.  Then we drove to a museum/rug store nearby.  The man there showed us the different pieces they had, most of them artifacts from Berbers, and then rolled out enough rugs to show us that the floor of the room was covered in them.  Hajar found a beautiful purple one that she wanted, and I purchased a woven belly binder for my sister to use when she teaches her childbirth education classes.

Once we were done there, we went to Kasbah (fortress) ait Benhaddou, another location that is frequented for filming.  We followed Hassan across a bridge and up to the top of the fortress, stopping on our way up to take a tour of someone’s home.  At one point, we were handed weapons used in filming Gladiator for a photo op.  There were vendors along the way selling small items and yellow paintings made from saffron.  When we walked back down, Hassan led us across a little stream to a good photo spot.

We had lunch nearby, then started our journey into the High Atlas mountains. 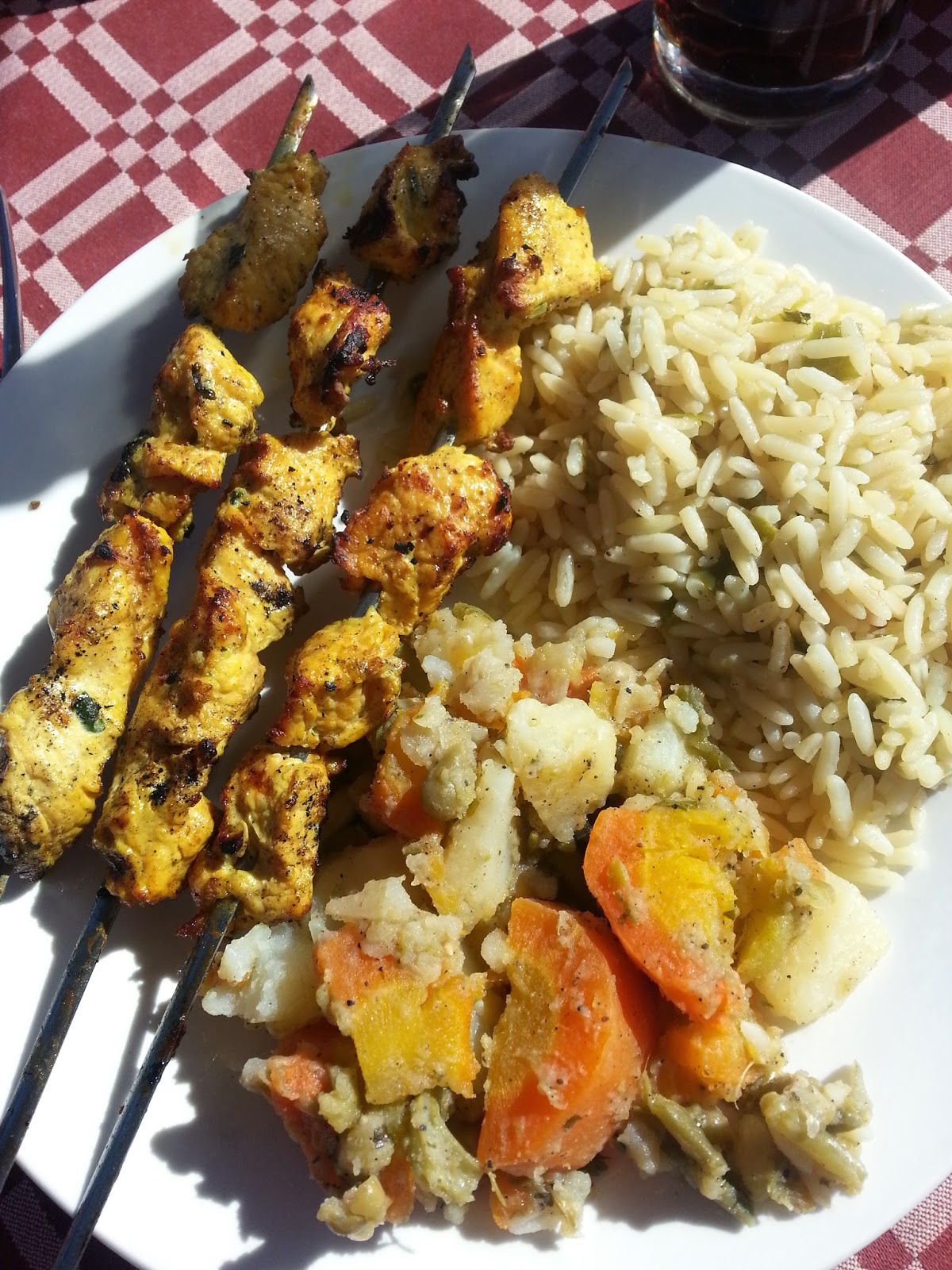 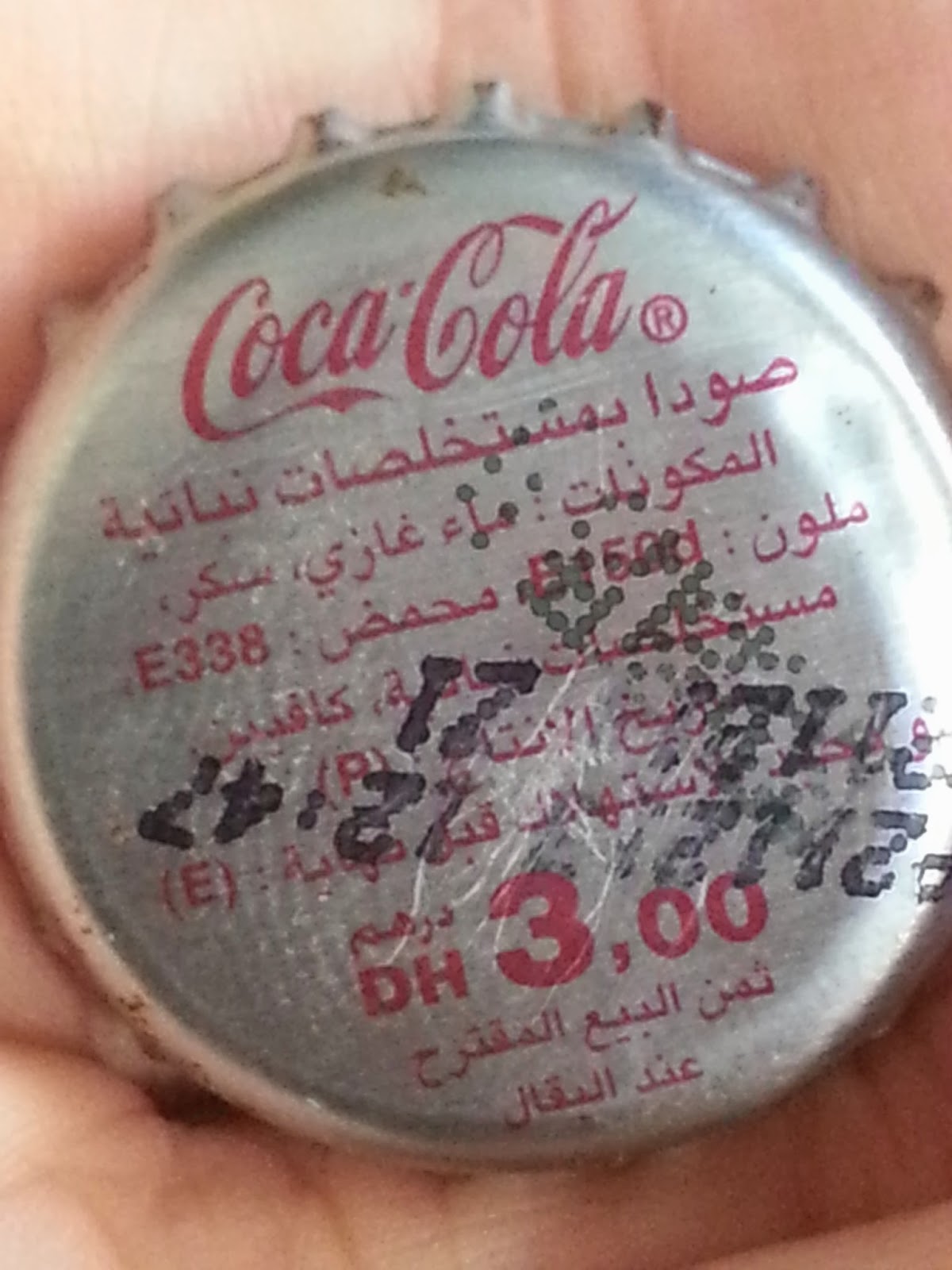 After lunch we got back on the road and headed up in to the High Atlas.  Gorgeous!  Oh my gosh.  It was so beautiful.  Silly, but it made me think of hot cocoa with marshmallows, such a rich brown ground with white snow.

During our drive through the mountains, we stopped at a place that sold Argan oil, and walked in to see women grinding the seeds into oil for cosmetics or cooking.  We learned that goats climb into Argan trees and eat the fruit, then leave the hard shells.  The shells are collected and the exterior removed by cracking it between rocks.  The pulp of the seed is then crushed into a paste and ground until it reaches a certain texture by using a stone mill.  After that it’s mixed, pressed, and filtered multiple times.. no wonder it’s so expensive!  I bought some oil for my sister and myself, and then we got back on the road.

By the afternoon, we reached Marrakesh and our home for the last few days of my visit, Club Palmeraie El Dorador.  We had Moroccan mint tea and some pastries with Hassan, paid him and then said our farewells.  It was 3000 dh (about $300) each for three days of driving across the country, room and meals at the hotels.. not bad!  We had dinner then wandered around for the hotel a bit before going to sleep.

Day 3: Dades Gorges-Rose Valley-Skoura-Ouarzazate-Kasbah ait Benhaddou-Marrakech.  After breakfast, we will tkae a short walk in the gorges before departure for Marrakech.  We will follow the Dades Valley through El Kelaa Magona, the Valley of the Roses and the road of a thousand Kasbahs.  We visit of Ouarzazate and stop for lunch in Ait Benhadou village.  We will have time to explore the famous protected UNESCO site which is the nest of many films like the Gladiator, Lawrence of Arabia and much more.  We will drive via Tichka Pass to arrive in Marrakech.