Today we had our snorkeling tour! We’re told in the summer, the north end of the island is very calm and great for snorkeling, and in the winter, the south end is very calm. Our guide, the owner of Reef Guides Hawaii, gives snorkeling tours from the St. Regis Princeville beach in the summer, but since it’s almost winter, we had to drive an hour and a half to the south end of the island to Koloa Landing. We got a little lost trying to find the right spot since we were given an address instead of the name “Koloa Landing,” but eventually found it. By the time we were ready to get in the water, there were several scuba instructors with students and divers going out as well.

We sat with the other couple and our snorkeling guide for maybe 30 minutes while he asked us about our swimming skill levels and talked us through a chart showing fish we might see. He said that this area was particularly good for seeing fish because there was an unwritten rule that fish can’t be taken from the area. People frequently take fish to sell from the other beaches around Hawaii, so there aren’t as many of the ones that are bright and popular for tanks anymore. 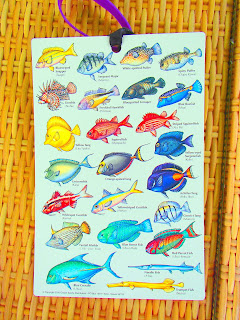 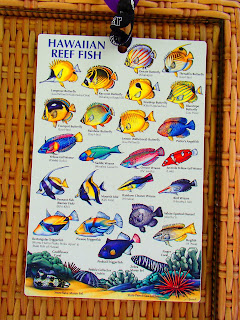 He then told us where in the water we were going to go, and we started getting fitted for our gear. He provided us with rash guards so we wouldn’t get a sunburn, and explained that most sunscreen is toxic to coral which is why he provides the shirts. Then we had life vests that we could air up if we wanted, but I think we all left them flat. I had thought we would go out in a boat, but we walked out into the water from a boat ramp. Once we were in the water about waist high, we held on to a big floatie he had so we could put on one fin at a time, and then put on our masks and snorkels and took a few pictures. I didn’t really smile in the pictures with the mask because I had just tested the mask, knew it didn’t leak, and was afraid if I smiled I would mess it up! I wore my nose clip under the mask just in case since water ALWAYS goes up my nose.

New to swimming, I’d never snorkeled before, so I was pretty nervous and held on to the board the whole time, convinced I’d float out to sea otherwise. 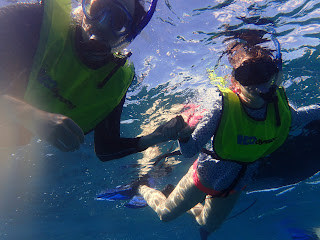 It was so amazing! The water looked a little crazy to me from above, but when I put my face in the water, it looked so calm and beautiful. Unfortunately, my waterproof camera died after a few minutes, it’s about 13 years old and water got inside of it, but our guide had a little tank so he could dive and take pictures of the fish and of us snorkeling. We saw turtles!!!! So cool!!! It really was amazing. The coral, sea urchins, fish, turtles. So. Cool. 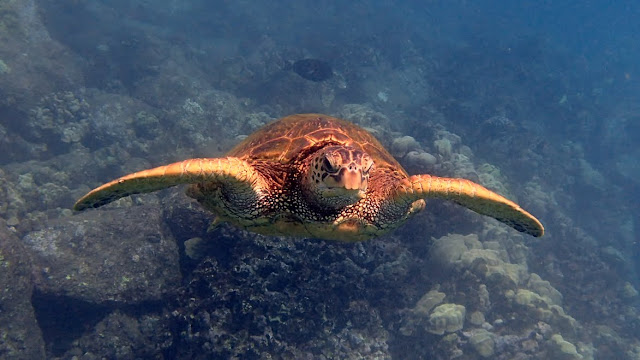 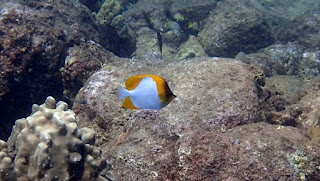 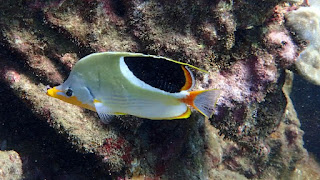 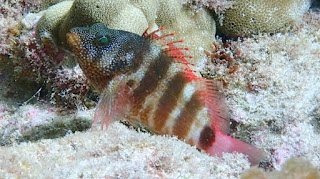 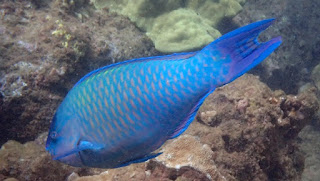 After maybe an hour or so, we headed back to the shore, took off our gear, then drove up the street to rinse off and restaurant for lunch. During lunch our guide showed us the pictures he’d taken. Once we parted ways, we headed up the road to Spouting Horn. We took a few pictures, then got in the car to head back to the north end of the island.

When we got back to the hotel, we cleaned up and then went to the bar for the sabering ceremony and to try the St. Regis’ Aloha Mary. Each St. Regis has a bloody mary cocktail specific to the area of that particular hotel, so we had one. The hotel also has a sabering ceremony each night at sunset. The head butler comes out and sings, and then a bottle of champagne is sabred.

For dinner, we went Pinks and had Hawaiian grilled cheese sandwich, a kalua pork, cheese and pineapple panini. It was really good, and even better when you added hot sauce.

When we got back to the hotel, we started watching Moana, but ended up getting tired and deciding to finish it the next day.